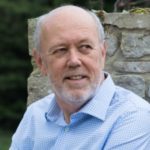 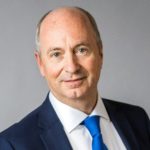 Why capital alone without Human Capital is a lost cause

Organisations ability to recruit and develop outstanding talent, whilst investing and managing significant amount of financial capital is at the epicentre of their long term success.

This session, will explore both Andy Brown’s journey to the main board of Shell, from being a graduate to the main board, as well as his capability and activities in developing talent along the way. What were the tools that were utilised in talent development and the relative importance of mentoring and coaching.

Depending upon time available we will explore, how were ‘A’ teams recruited and welded together, such that each of these highly capable senior managers were able to collectively deliver outstanding performance in building the largest gas to liquids project at a capex of $18bn.

Andy Brown OBE counts himself lucky to have enjoyed such an exciting and varied career. He was brought up the youngest of six, so was teased and loved in equal measure, but had a great start in life with a good education at school in Bristol (UK), and University in Cambridge (UK). After university Andy joined Shell to see the world and was immediately dispatched to New Zealand as a project engineer. An exciting opportunity, but the six-month separation from his fiancé, Julie, who has been his wife for 35 years, was the first taste of career vs family life choices. Back in Europe Andy worked in the Netherlands for three years before being assigned to Southern Italy as the client manager for the construction of the largest offshore platform in the Dutch North Sea, he was still only 29. He was in charge of the contract and a client team, but had no prior construction experience. The learning curve was steep. Andy’s career then took him to Brunei and Oman, where he learned how to lead in different cultural settings and the importance of local talent development. He got to know and started to mentor one particularly talented Middle Easterner, called Wael Sawan. Returning to Europe at the turn of the milennium Andy was lucky to work for three years alongside first the deputy CEO and after that the CEO of Shell as their adviser. A valuable experience at a young age to get an insight into leadership at the top of companies and countries as I travelled the world sharing their experiences.  In 2003, Andy was set the task to lead Shell’s entry into Qatar and the subsequent delivery of the $18 billion Pearl GTL project. By 2012, the facility was operational and Andy had learnt many lessons in working with teams and how through a focus on people and their safety and welfare you can get exceptional performance. Walking onto a construction site of 50,000 people, marvelling at what they are building and knowing that you can positively impact the well-being of all these soles is very humbling. He was delighted to hand over leadership of our business in Qatar to Wael Sawan, with whom he had stayed in touch with. In 2012, Andy was invited on to the Executive Committee leading Shell as the Upstream Director, based in the Netherlands.  He was in charge of a global business operating in 30 countries. For seven years he enjoyed travelling and meeting the diverse talent of the company, working out how to unlock the full potential of the staff. During that time, they bought BG and integrating and retaining the talent from that company was key to the successful acquisition. In 2019, Andy stepped down from Shell and handed over the reins to Wael Sawan again. He had spent 35 years with Shell, 31 of which had been overseas. Andy’s long-suffering wife, Julie, and the four children Richard, Emma, Oliver, and Sophie have been a tremendous support and had experienced and sacrificed a lot in the process.

Since leaving Shell Andy realises that his lasting legacy, and what he misses most, are the people. But since leaving, he has  had more time for his family, especially during Covid-19 lock down! He has also got a lot healthier and fitter skiing, hiking, and playing golf. He has started to build a portfolio of roles, joining SBM Offshore as the Vice Chair, McKinsey and Co as a senior adviser, and ZeroAvia, a hydrogen/fuel cell aviation start up, as an investor and adviser.

Tony Bury, some may say he is an African as he was born in Zimbabwe, yet his parents could not be more British. They were his early mentors and he misses their wisdom greatly, as he gets older. Having lived in Bahrain and Saudi Arabia as a teenager and a young adult, after finishing his education in the UK he found himself with a mystic twist of destiny back in the Middle East; Qatar to be precise. Over the next 40 years, he started, developed, grew, and exited companies . These days this type of person is called a ‘serial entrepreneurs’, however, in those days they were called unemployables! Most of these ventures were SME start-ups within in the energy sector and although the majority succeeded, he is grateful for the failures he had on the way. However, today, his passions are centered on philanthropy and rugby. What’s the connection? In rugby, he learned about impact, the sense of team, and community. All are applicable to philanthropy and impact investment.

Within the philanthropic space, entrepreneurship in education and education in entrepreneurship, keep Tony busy. This is a coin that he has tossed for a number of years, and he frequently wins regardless of how it lands. Entrepreneurs need angel investment and mentoring to strengthen their soft and hard capital. Tony doesn’t have wings or a halo, however, his scars, wounds, and triumphs have given him lessons which he gladly shares to accelerate another’s growth and prosperity. Mentoring is a passion, a life calling and a raison d’etre for Tony. He truly believes that the joy in life is constant learning, good company, humour, and unlearning.

In 2008 he decided to systematise this by founding Mowgli Mentoring which sought to effectively support entrepreneurs and leaders to grow more successful and sustainable businesses that would create jobs and achieve sustainable economic development. Mowgli’s purpose is to unlock human potential to accelerate prosperity and they have now built local effective mentoring capability within 17 countries in the UK, Middle East, North Africa, and Sub-Saharan Africa regions, strengthening entrepreneurial leadership and organizstional resilience so as to drive the much needed economic and social development the world needs. Sometimes you leave school and you wish never to go back… that wasn’t the case for Tony and so in 2010 he became a Governor of Prior Park Schools in Bath, UK, where I spent most of my time between the ages of 7 to 18. Tony has, and is able to, experience the joy and privilege of donating significantly to the development of two academies in the school, one focused on sports and the other on entrepreneurship, in addition to playing an instrumental role in development of their growth and sustainability strategy resulting in the sale of one school and the establishment of another overseas, on the rocks. That’s Gibraltar and not a scotch!