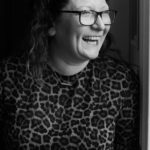 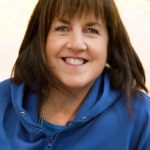 Join Inspirational Chief Executive Maura Jackson from the UK based charity Backup NW as she shares her approach to mentoring within the charity she leads. Maura will be interviewed by Becci Martin, mentoring fan, and guardian for Backup. Together they will explore the impact mentoring has had on the lives of young people facing housing crisis and how this has also contributed to the incredible success of this life changing charity.

To learn more and donate simply visit https://backup-charity.org.uk/ and be prepared for a lively and passionate presentation!

Maura Jackson was a teenage single parent in 1989 and is now the CEO of BACKUP North West in the UK. A multiple award winning charity that provides accommodation, support, and much more to young people aged 16-25 in Bolton. Maura has been CEO since 2012. She has quadrupled the size of the organisation in the last six years and so established more and better services for young people and also creating jobs. Turnover went from £465k per annum in 2013 to £2.6 million in 2020. Staff have increased from 13 to 70 in that same time and they can help more young people than ever as a result.

Before this Maura always worked in social care and housing – nearly 30 years. Mainly housing and homelessness with young people and families but have also worked with women managing various hostels and supported housing services for homeless individuals. She did four years voluntary work with women who wanted support but were trapped in the sex industry and 2=two years voluntary work at victim support with women struggling with domestic and sexual abuse and had been victims of rape. Maura worked for three years with the Ministry of Justice in the UK setting up and managing services for women offenders and those at risk of offending. Before BACKUP Maura was a CEO of a domestic abuse charity in West London for four years and for the last eight years has been the Chair of Trustees at Endeavour Domestic Abuse charity.

Maura has always worked with those experiencing disadvantage, those whose self esteem is non existent or crushed but it’s not just a job; it’s her life. She’s completed and organised many events to raise funds for BACKUP and other charities including sleep outs, sponsored walks, and gala dinners. In the last three years she has voluntarily coached and mentored in her own time six professional women experiencing low self esteem because she wanted to, and she could. She says ‘It was the right thing to do’.

Becci Martin is the founder and Director at Boo Coaching and Consulting where she heads up all things to do with coaching. mentoring and leadership development. Becci is internationally recognised for her work in the coaching space – having developed sustainable coaching and mentoring strategies for a wide range of organisations where the whole system reaps the benefits.

Having experienced a life-changing housing crisis as a teenager Becci understands the impact that amazing mentors can have and is firm in the belief that if she had not had the support of her mentors during a time of incredible challenge she would not be where she is today! As a result of this Becci and Team Boo chose to become a Guardian and supporter of Backup and they now work with Maura and her leadership team to provide coaching and mentoring opportunities as well as fundraising for the young people.

Becci is a mental health nurse and recently rejoined the frontline in the National Health Service (NHS) in the UK to provide well-being coaching to all who needed it during COVID-19 and beyond.